The Upper Basin Compact in a Nutshell

Upper Basin Compact in a Nutshell 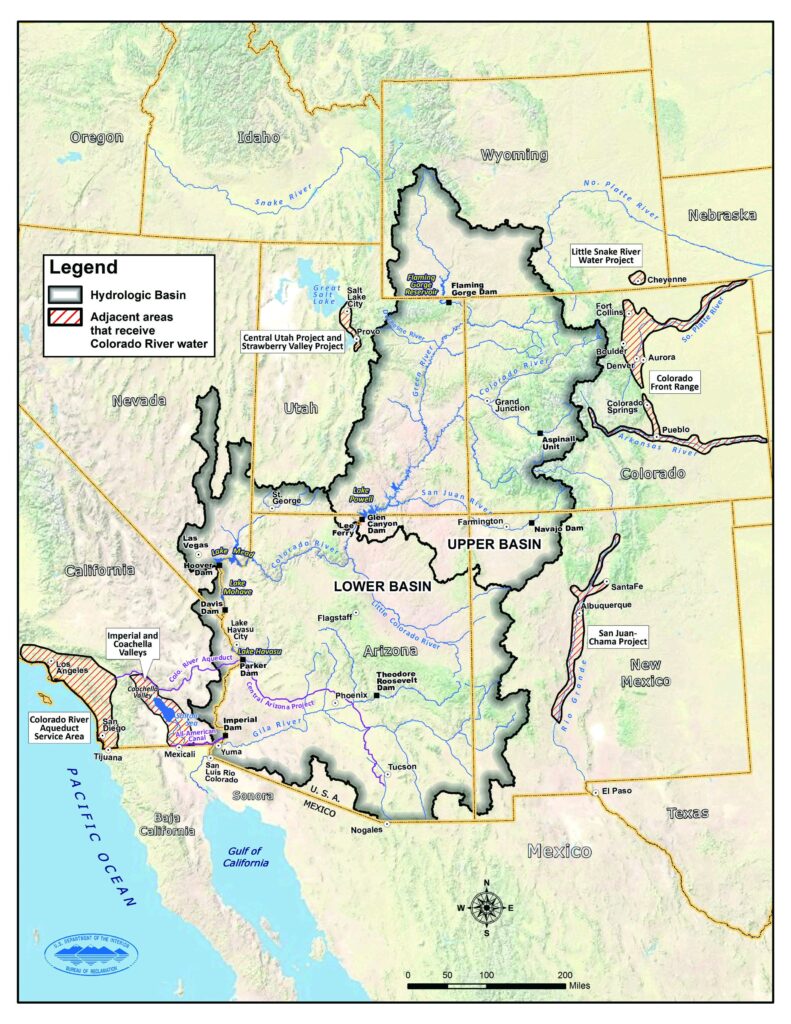 The purpose of UBC is best described in Article I:

“The major purposes of this Compact are to provide for the equitable division and apportionment of the use of the waters of the Colorado River System, the use of which was apportioned in perpetuity to the Upper Basin by the Colorado River Compact; to establish the obligations of each State of the Upper Division with respect to the deliveries of water required to be made at Lee Ferry by the Colorado River Compact; to promote interstate comity; to remove causes of present and future controversies; to secure the expeditious agricultural and industrial development of the Upper Basin, the storage of water and to protect life and property from floods.”

Commissioner Stone from Colorado states: “….we will attempt to make progress by agreeing upon the percentage method as against the method of a given acre-foot allocation. It seems to me we might find on some of these tributaries that some provision would have to be made to work out the equity between given states.” The percentage was the allocation that each State could deplete at Lees Ferry instead of a set volume amount. This was a critical agreement because it allowed for adjustments in the allocation based on the actual available water supply. There was also discussion of how to allocate water on tributaries some of which are included in the 14-page UBC.

The UBC also established the Upper Colorado River Commission (Commission), which includes a member from each of the four Upper Division States (not Arizona) and a Federal member who is the chair. Becky Mitchell, the CWCB Director, is the Colorado representative. The Commission has established an office and a small staff in Salt Lake City. The Commission and staff are responsible to make findings on numerous water issues in the Upper Basin. Please review the UCRC and the office website for the full list. 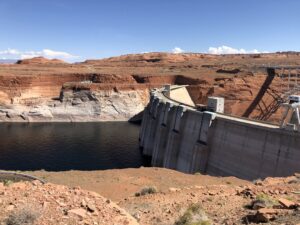 An important subsection is Article VIII, section (d)(10) which states the Commission has the power to “Make findings of fact in the event of the occurrence of extraordinary drought ….”. This section may direct apply if our current drought situation continues.

In reading the minutes of the negotiations for the UBC, it is clear the State’s representatives hoped there was an average of 7.5 maf of depletion available to the Upper Basin as allowed in the Colorado River Compact. However, it is also clear that they established the percentage allocation system if there was not 7.5 maf and still meet the lower basin non-depletion obligation of 75 maf over a running ten-year average. Despite the best attempts by the Upper Division States, the water users have not come close to depleting 7.5 maf of water. At the peak, when there is a full supply to all irrigators, the Upper Basin has only depleted approximately 4.5 maf in a year. In 2021, the estimate is closer to 3.5 maf because of drought water availability. These numbers don’t include the shared Colorado River Storage Project evaporation that is part of the Upper Division States apportionment.

In short, passage of the Upper Colorado River Basin Compact provided the UCRC and its staff with the responsibility and the authority to allocate water to the Upper Division States whether in average or drought periods to meet the provisions of the Colorado River Compact. If the UCRC ever has to allocate shortages to meet the CRC, the process has been established to allocate those shortages between the States. This is unlike the Lower Basin, which does not have a compact but is administered by a water master who is the Secretary of Interior. Allocating water during this drought in the Lower Basin is very different and less known than the Upper.

Harris Water Engineering has been in business for nearly 40 years and is one of 28 local partners that support the Water Information Program which provides balanced water educational programs and content to southwest Colorado. Thank you!

This site uses Akismet to reduce spam. Learn how your comment data is processed.