When did the Upper and Lower Basin of the Colorado River become a thing?

and Other Insights from the Colorado River Compact Negotiations

This is the second discussion of the 100-year anniversary of the Colorado River Compact. Today, we take for granted the split between the Upper and Lower basins at Lee Ferry but that was not how the compact negotiations originally started in 1922. 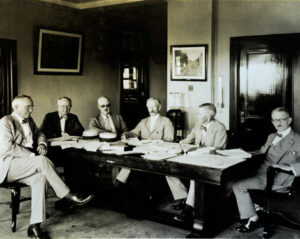 Though I was not in attendance in 1922 (don’t laugh), the minutes of the negotiations are very thorough.  At the first Commission meeting starting on January 30, 1922, the negotiations were centered on separating the Colorado River flow by the potential for irrigated lands in each state.  Reclamation–only about 20 years old at the time–had made surveys of the potential irrigated lands in each state. The acreages are listed in the minutes of the first meeting.

Of course, there was significant discussion on whether the acreage estimates were realistic based on the facilities needed to deliver water to the lands and whether there was water at each location to irrigate the lands. The January negotiation meetings ended with the unresolved concept of using irrigated acreage. A major issue was how each state acreage would be monitored and administered.

It wasn’t until the opening of the negotiations at Bishops Lodge outside Santa Fe, NM that Delph Carpenter, Colorado’s representative to the negotiations, formally presented the concept of a 50/50 split of water between the lower and upper basins at Lee Ferry. Importantly, the states in each basin would be responsible for allocation of the water in each basin separately from the compact rather than the compact trying to allocate to each state.  Arizona wanted to have a specific allocation rather than putting off their allocation to the future but that was a minority position in the end.  The upper and lower basin split simplified what the compact would do and centered the negotiations on what would be the volume split between the two basins. 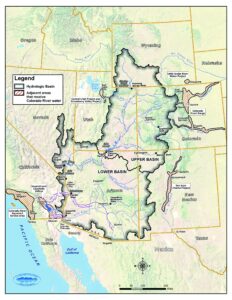 Make no mistake–these guys liked to talk and they went around the upper and lower basin concept at least twice in the negotiations at Bishops Lodge.  The Arizona representative was the most contrarian person in the negotiations.  Finally, Hoover forced the group to vote on the 50/50 split between the upper and lower basins and they agreed.  What the 50/50 split in flow was for each basin is discussed in a future article.

They also talked about when the compact would sunset, either on a certain date or after a number of years. Luckily, an end date was not included.  Could you imagine negotiating something like that today?  Just the modeling would wear everyone out.

They also considered if the compact could be terminated by two states.  The idea was fully discussed and not included.

Arizona was especially concerned that somehow the upper basin could store all the water for several years, then release the requirement in a couple years, a minimum volume each year was considered.  Remember, these negotiations were decades prior to the construction of Lake Powell.  This idea was also not included in the compact.

Amazingly, after all the discussions, the Commission was eventually able to boil down everything that was discussed in a four-page document that we now know as the Colorado River Compact and still use 100 years later.

This site uses Akismet to reduce spam. Learn how your comment data is processed.

Categories
Go to Top
Sign up for the Nine Basins Bulletin! 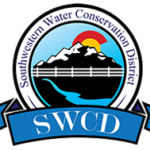